Hog Roast Dargate’s latest event was a school club party. The after school club was an Archery Club and the leader thought it would be fun to finish the half term with a showcase for the students to show off the skills they’ve learnt and as a reward for the 13-16 year olds there was to be a little buffet at the end.

The showcase event took place on a Saturday afternoon at the school, allowing the 10 students to have longer to practice and celebrate their hard work together. Catering Manager Jake from the Hog Roast Dargate team arrived at the school several hours before the 4pm serving time.  He had plenty of space on the school field to set up the cooking equipment and catering gazebo. 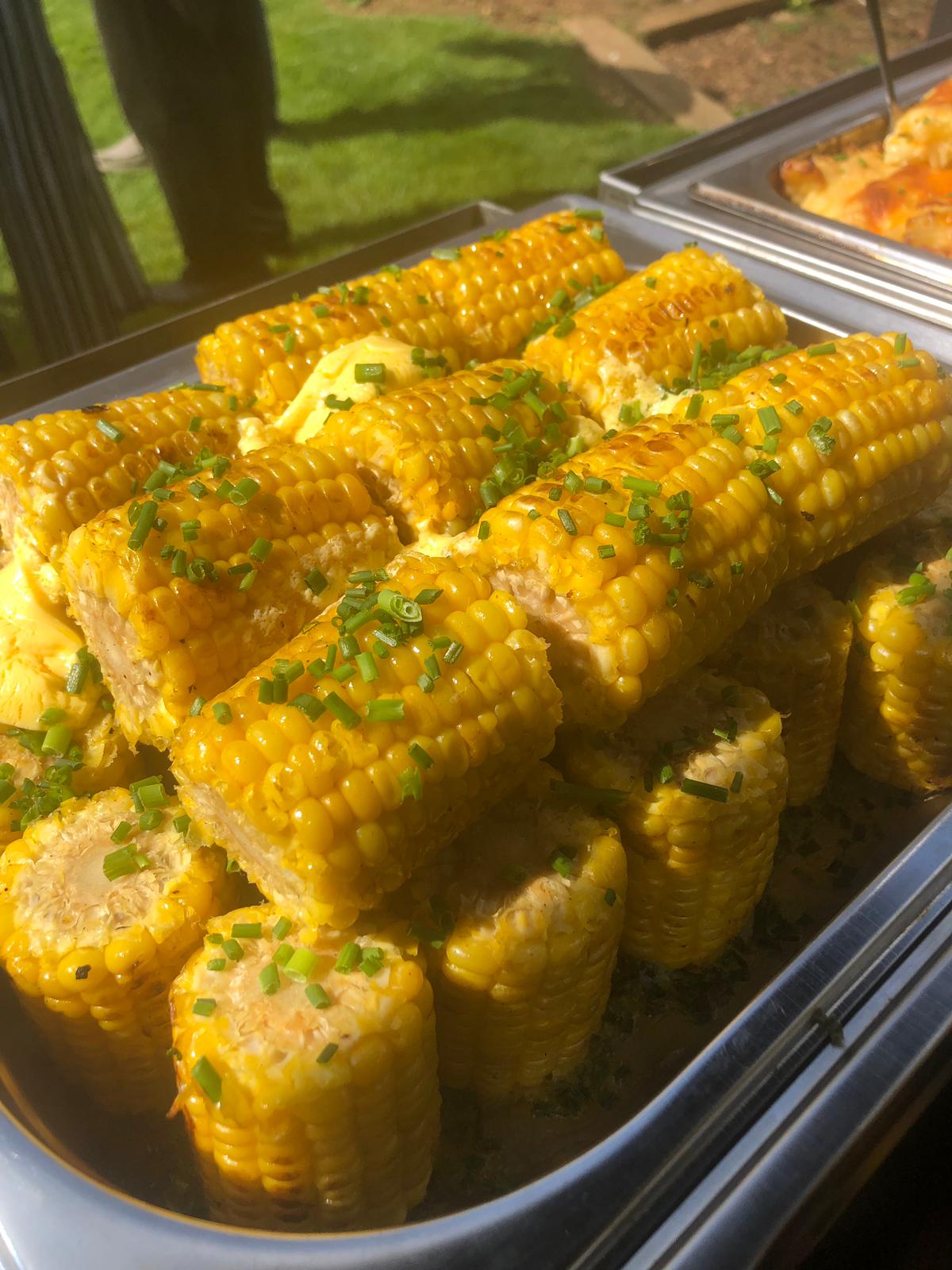 The Club leader, client Naomi, wanted just a simple but tasty buffet for her and her 10 students to enjoy at the end of their showcase event. Naomi worked with the team to come up with just such a menu, one that the kids would love!

Upon arrival and after having set up the cooking equipment, Chef Jake got straight to work preparing all the food. Every dish was made fresh on site in the hours leading up to the serving time.

Included in the wonderful buffet spread was 100% beef burgers and chefs own gourmet sausage. Along with those tasty treats there was a basket of assorted soft bread rolls and a selection of sauces, dips and a bowl of shredded cheese. That wasn’t all however! Also on offer at the buffet there was grilled vegetable and grilled vegetable and halloumi skewers, which were piping hot and tasty too! Finishing off the buffet was a mountain of chips, which were a mix of normal and sweet potatoes.

As part of the package that client Naomi had paid for the Hog Roast Dargate team also provided the use of wooden bamboo crockery and cutlery for the guests. This cutlery, crockery and all the rubbish from the catering were taken off site by Chef Jake at the end of the catering element of the event.

The celebration was brilliant fun, the students and client Naomi were thrilled with the buffet, and it was a perfect meal to finish their term of archery club.